A GUEST ARTICLE BY KIM OBRIEN

As the National Association of Insurance Commissioners considers amending the model suitability regulation, and as the U.S. Securities and Exchange Commission considers adoption of a parallel best interest proposal, the FACC Campaign finds certain misconceptions have taken root that must be addressed to ensure the ongoing debate is conducted based on facts and sound reasoning rather than preconceived notions or inaccurate assumptions.

Neither “fiduciary duty” nor “best interest” are defined terms as such. However, there seems to be a perception that the best interest standard being proposed for agents or brokers would be a lesser standard than the fiduciary obligation imposed on investment advisers or other established fiduciaries such as corporate directors, lawyers, and guardians. The fact is that best interest is at the heart of fiduciary duty and the two concepts are inseparable.

Best interest does not lie somewhere between suitability and fiduciary duty as some suggest. Best interest is a fiduciary standard, embodying concepts of loyalty and prudence which the Labor Department (DOL) sought unsuccessfully to apply to agent and broker recommendations.

The SEC best interest proposal would have the same effect of turning brokers into quasi-fiduciaries contrary to decades of common law as explained in the 5th Circuit decision striking down the DOL rule. While it is true the SEC proposal recognizes that agents and brokers provide transaction-based services whereas advisers have ongoing monitoring obligations, that is merely a functional difference, separate and apart from the legal standard applicable to recommendations which is the core substance of fiduciary duty.

Semantics do not alter the analysis. The SEC refrains from defining best interest in its proposal, inviting debate over whether best interest equates to fiduciary duty, but in the end canons of construction dictate the words “best interest” will mean the same thing whether applied to advisers or brokers. Meanwhile several NAIC proposals avoid the term “best interest” but say an agent must place consumer interests ahead of agent interests. These formulations boil down to “best interest” because mandating that consumer interests come first is the crux of best interest carrying with it duties of prudence and loyalty, all of which may seem appealing but would cripple agents from selling products under legal standards historically reserved for fiduciaries.

A common refrain in the best interest debate is more disclosure is not enough to address concerns about agent conduct. But the precise nature of those concerns remains elusive and nobody can say with certainty that better disclosure would be insufficient to address concerns about misalignment of agent and consumer interests. Increased transparency has always been a powerful weapon in addressing sub-optimal behavior in free markets and is especially relevant here where room exists for enhanced disclosure of compensation and conflicts of interest.

Concerns propelling the best interest debate began with the DOL fiduciary rule but remain ill-defined as applied to annuities. Other than general criticism about agent compensation and variable annuity product fees, nobody has openly stated which annuity sales are bad and which should be stopped by adoption of a best interest standard. Absent any identified wrongdoing, it is unclear how adoption of an abstract best interest standard would change agent behavior for the better or result in a different mix of product recommendations, whereas enhanced disclosure is a sure way to empower consumers and improve marketplace transparency.

Best interest is seen by some as a panacea for consumer protection, but its impact is untested and unknown. The one certainty is that it will arm plaintiffs’ lawyers with potent ready-made claims against any agent who sells any product which pays higher commission or fails to meet a subjective standard of best. Even regulators are reluctant to adopt a straight out best interest standard knowing it would go too far. Consequently, most best interest proposals contain seemingly incongruous provisions saying “best” does not mean “single best” and allowing agents to limit product offerings, all of which runs contrary to pure best interest in favor of existing practices.

The dilemma for regulators is that best interest is a poor fit for insurance agents. Fiduciary obligations like best interest have historically applied to services and not products. Fiduciary concepts are aimed at those who provide specialized services where duties of loyalty and prudence are paramount. This includes corporate directors, lawyers, trustees, and advisers. But seldom if ever are such standards applied to sales professionals or product recommendations where objective issues of cost and performance are paramount rather than undivided loyalty or conservation-oriented prudence. Best interest, as applied to products, only invites second guessing in search of “better” or “best” products that are ostensibly cheaper or perform better without regard for intricate choices that abound in a highly competitive marketplace.

Enhanced disclosure deserves a chance before adopting any new litigation-prone ill-fitting best interest standard of care for agents. If the real concern is conflict of interest and financial incentives of agents, disclosure can be designed that sheds light on agent motivations enabling consumers to judge whether agent recommendations are unduly influenced by self-interest. Today agents do not disclose compensation or conflicts. But with proper attention, regulators can come up with meaningful user-friendly disclosure requirements that empower consumers and sensitize producers to concerns over alignment of agent and consumer interests, which along with existing suitability regulation will ensure a well-functioning marketplace.

Some insurance regulators see best interest as a possible new tool in the regulatory toolbox to contend with improper agent practices. But there is no evidence new tools are needed given the existing array of laws and regulations already at their disposal. Insurance regulators already have unfair trade practices acts, licensing requirements, suitability regulations, replacement laws, advertising rules, anti-fraud laws, investigatory powers, and much more. There is ample authority to deal with virtually any and all agent misconduct that is demonstrably improper or otherwise contrary to consumer interests.

The biggest concern identified in the best interest debate is the agent who sells products merely to make money at the expense of the client’s welfare. The scenario contemplates an agent selling inferior or unnecessary products to consumers merely to earn higher commissions. The situation is posited where the agent offers several products, all of which are suitable, but the agent recommends the product earning the highest commission even though it yields inferior results. While such unambiguous cases may be rare, regulators’ hands are hardly tied.

Insurance regulators have broad authority under existing insurance laws. These laws vary from state to state and every fact situation involves unique circumstances. However, as a general proposition, regulators have extensive authority to investigate and discipline agents and seldom hesitate to exercise such authority against agents engaged in self-serving conduct to mislead or injure consumers.

The suitability regulation itself is quite elastic and could be invoked to discipline agents who sell products to make money contrary to a client’s interests. Suitability is undefined which gives regulators considerable enforcement latitude. In a 2003 decision, the SEC upheld a FINRA (f/k/a NASD) enforcement action against a broker who sold Class B mutual fund shares rather than Class A shares, merely to earn greater commissions. The SEC ruled the agent had “put his own interest before that of his customer” and this constituted a violation of suitability under securities laws. The same enforcement authority would exist under insurance suitability laws.

The point here is not to say that enforcement in such situations would be easy. In fact, it would be difficult to show an agent was motivated purely by higher commission in selling products contrary to client interests because sales are often complex and based on many competing factors. However, that is the very reason suitability, rather than best interest, is the proper standard of care for insurance agents because consumers need freedom of choice and agents need flexibility to present alternative products, without paternalistic government interference, all of which in the longer run will serve the true best interests of consumers. 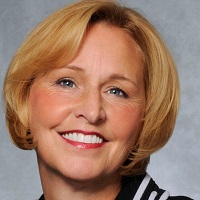 Kim O’Brien is the vice chairman of Americans for Asset Protection and a member of the steering committee of the Fixed Annuity Consumer Choice Campaign.

40 years in and around the industry has made Insurance a part of my DNA. I have had the pleasure of working with and for some of the greatest minds in our industry. My "Bersonal" View is an attempt to capture some of the best ideas, the best concepts and the best practices in a way that can lead to success for others. It will certainly be my point of view, so please...don't take it "Bersonal".
View all posts by Jeffrey Berson →
This entry was posted in Bersonal Posts. Bookmark the permalink.